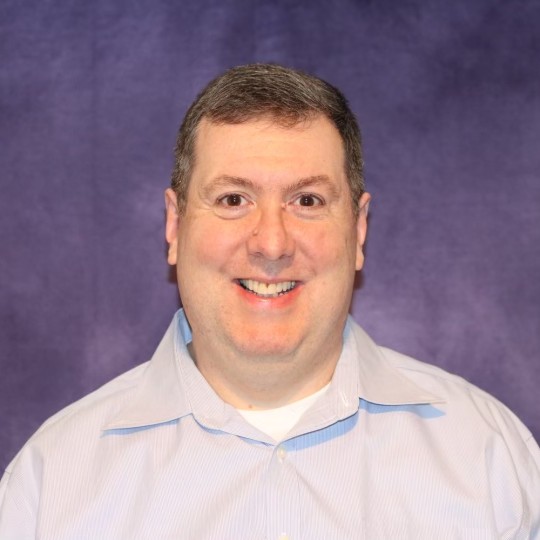 I've been a professional software engineer for over 20 years, doing development in everything from Perl, Java, Python, Objective-C and C# to Ruby on Rails. I started my career working on Honeywell DPS-6 mini computers for the U.S. Marine Corps in the early 90s. In the mid 90s I found myself at a small ISP working as a systems administrator dealing with a mix of Linux and DEC machines as well as dial-up users. These two experiences taught me a lot about managing shared infrastructure.

In 2008 I discovered a service called Amazon S3 which allowed me to back my important documents up to what was then the early cloud. In 2009/2010 I helped to develop a Ruby on Rails web app coupled with an iPad app (this was before the iPad shipped! We developed with the simulator) that would go on to be acquired by Autodesk. Shortly after the acquisition, I took on the role of DevOps Engineer for this application and learned a ton about managing the infrastructure and deployment of an enterprise-grade application.

I have a passion for automating infrastructure, and by using tools like Packer, Terraform, Kubernetes and Jenkins, it's possible to make infrastructure and code deployments nearly painless. My software engineering experience combined with my systems administrator/operations experience allows me to work with engineering and operations teams to build sophisticated CI/CD pipelines.

Terraform Module Installs from my modules available on the official Terraform Registry.

My skill set is a healthy mix of product development tools and the tools used to deploy them. I've done production deployments of all types of applications across many types of deployment systems, including Capistrano, AWS Beanstalk, AWS Ops Works, AWS ECS, AWS EKS and custom CodeBuild/EC2 deployments. I only list my strongest skills here, so if you need something not listed here, please reach out to me.

Rocket Mortgage is the largest retail lender in the country.

ZeroNorth was a security automation and orchestration platform that enabled companies to introduce security into every portion of their SDLC from code commit to application delivery.

Autodesk makes software for people who make things. They build world-class products which are used across many industries. I came to Autodesk through the acquisition of Vela Systems.

Vela Systems built applications to modernize construction job sites by using purpose built mobile applications. They started off writing applications that ran on Windows Tablets, but shifted to applications running on Apple iPads. They were acquired by Autodesk in June of 2012.

Assisted the following companies with lift-and-shift deployments, containerization of existing applications, or deployment of cloud-native applications:

My personal projects reflect my curious nature and aren't tied to any particular technology. I do have a passion for retro technology and Commodore computers in particular. My professional engagements have been mostly lift-and-shift of applications of varying complexity from on-prem environments into AWS, or building AWS infrastructure for V2 products.

A custom Terraform module that you can use to schedule on and off times for your RDS instances/clusters. 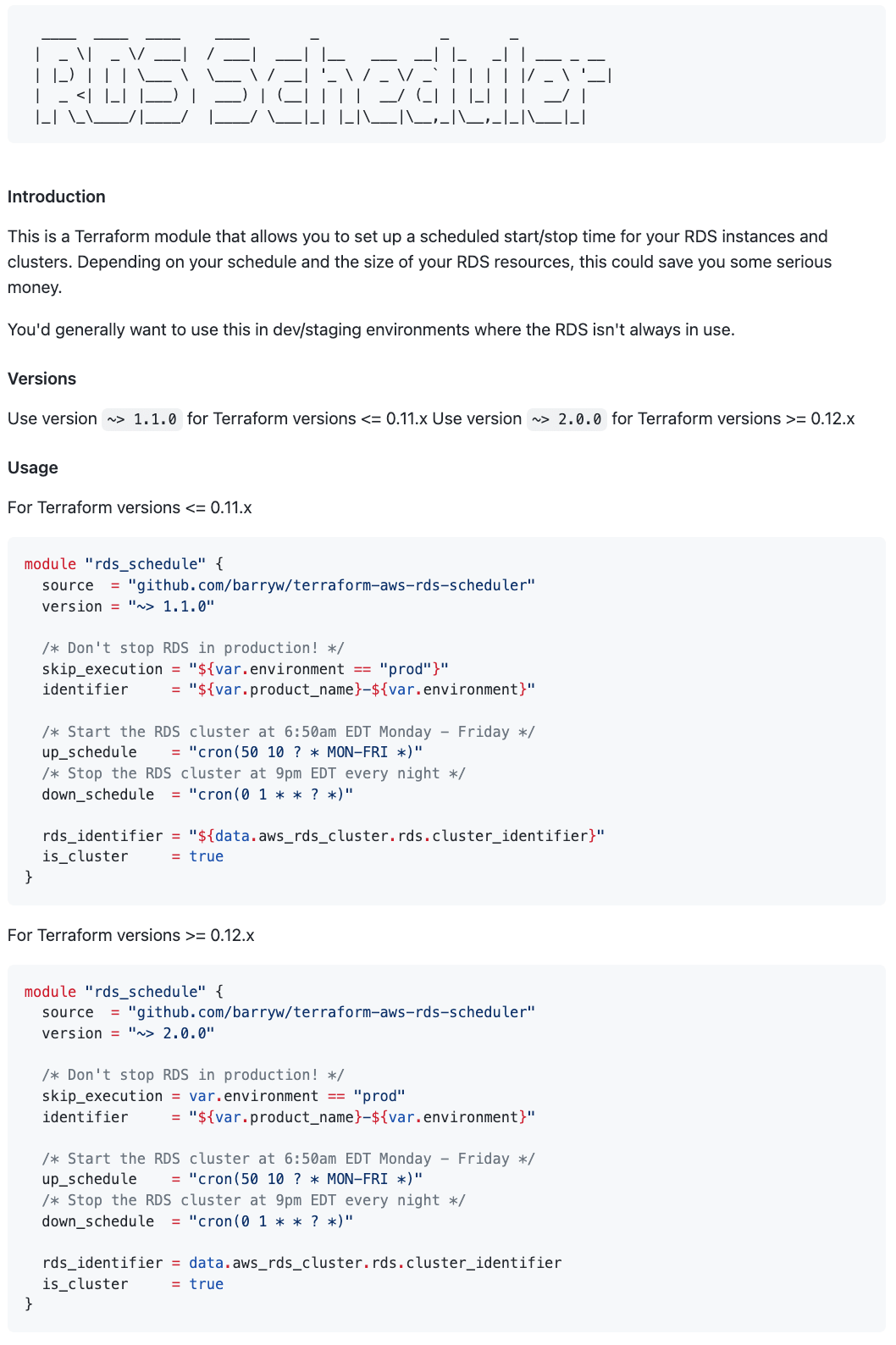 A custom Terraform module that you can use to build a Zookeeper ensemble. 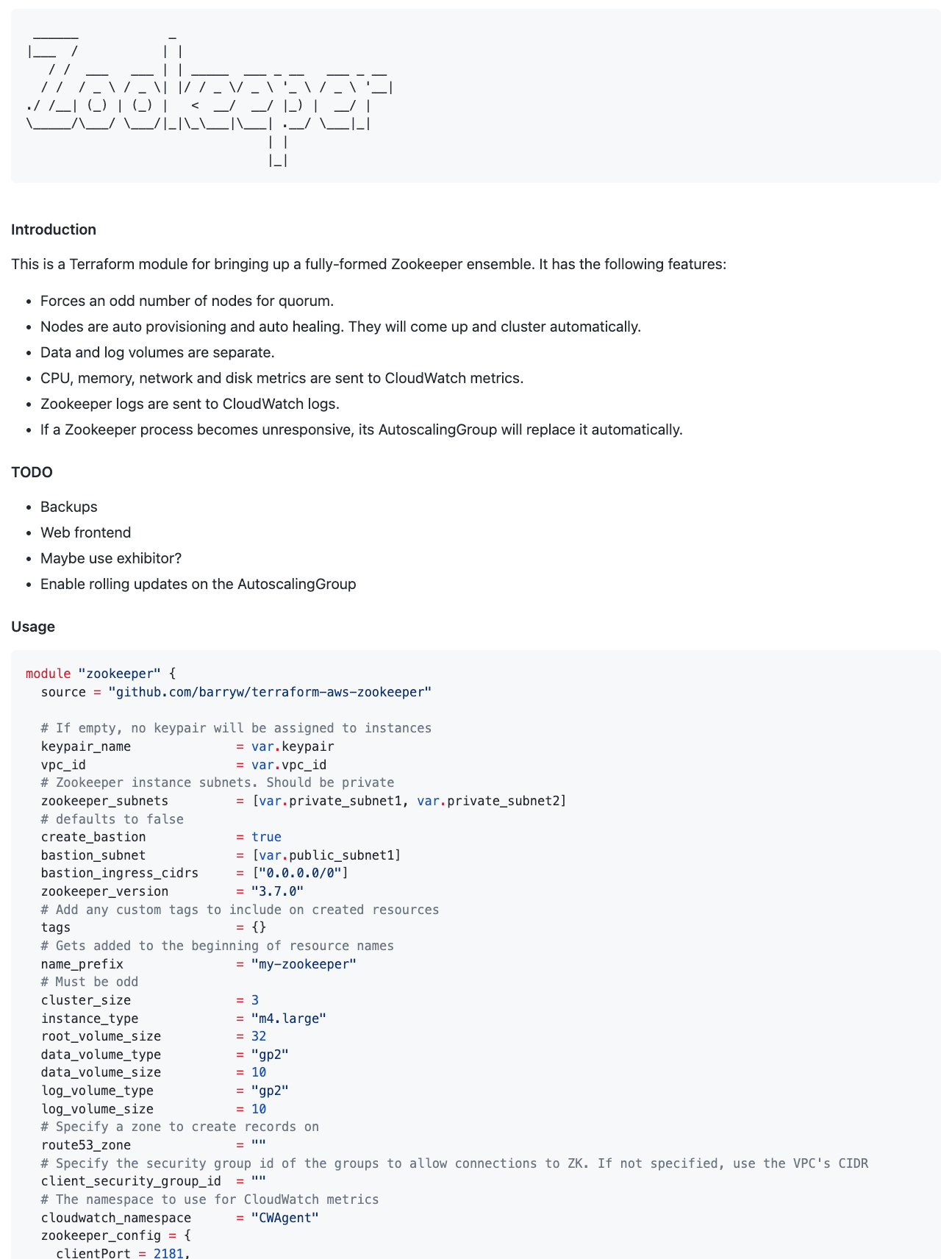 A custom Terraform module that you can use to turn your RDS instances/clusters on and off based on the size of an AWS Autoscaling Group. 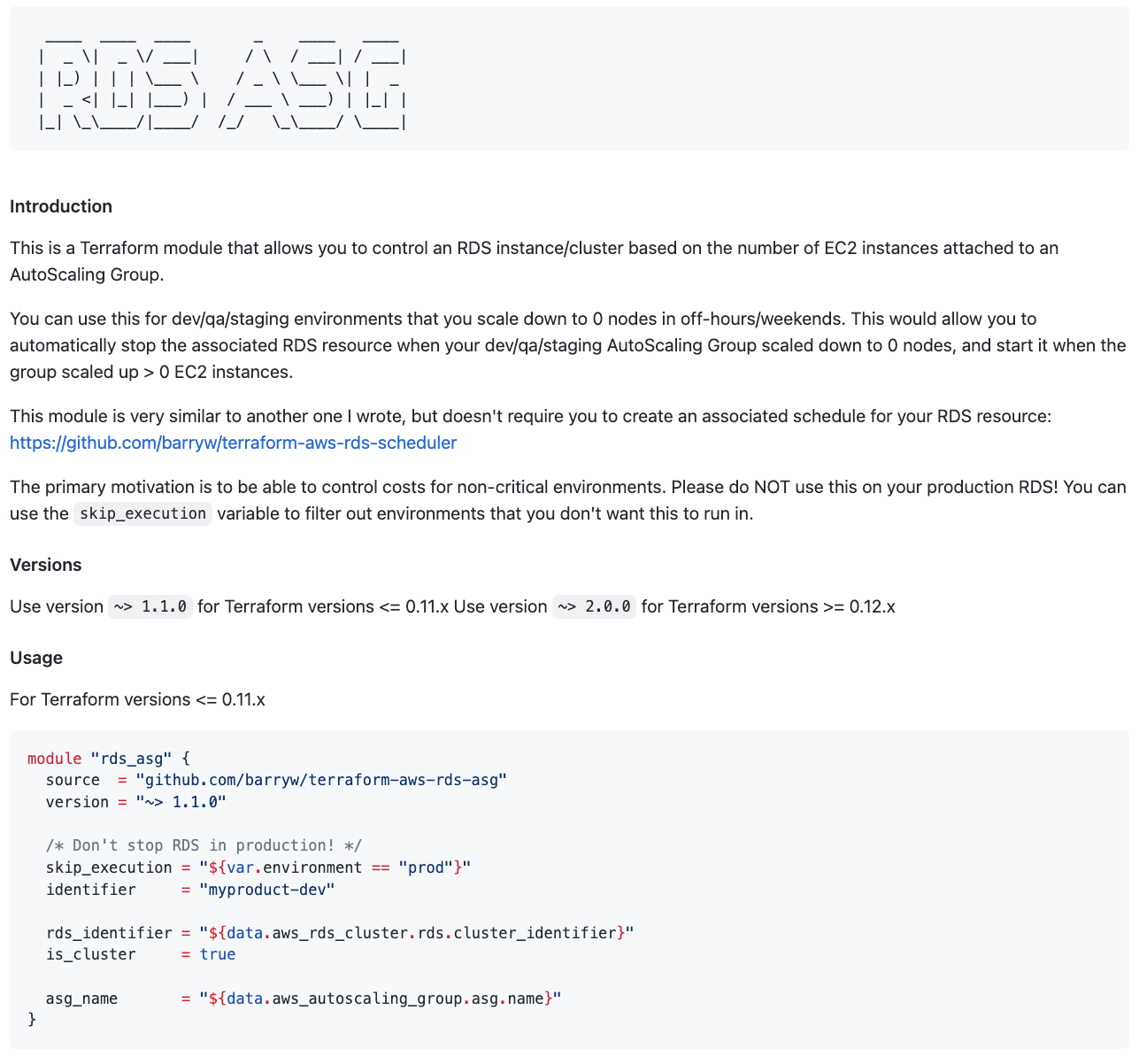 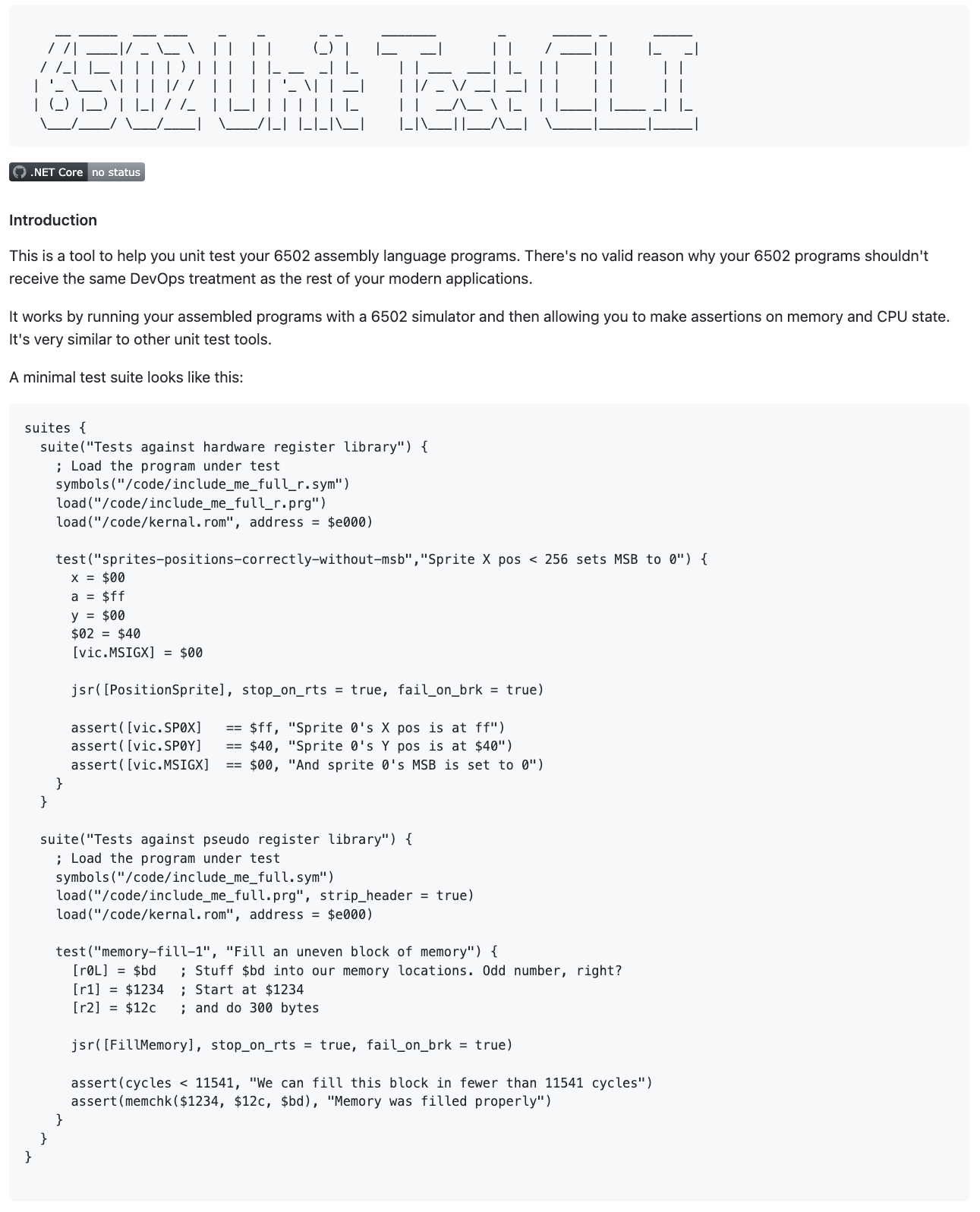 This is a cool piece of hardware for the Commodore 128 that lets you switch between 4 different Kernals by tapping the 128's RESTORE key. No case modifications required. I designed the circuit using Autodesk EagleCAD, had the boards built by PCBWay and built a PIC version and an Atmel version. 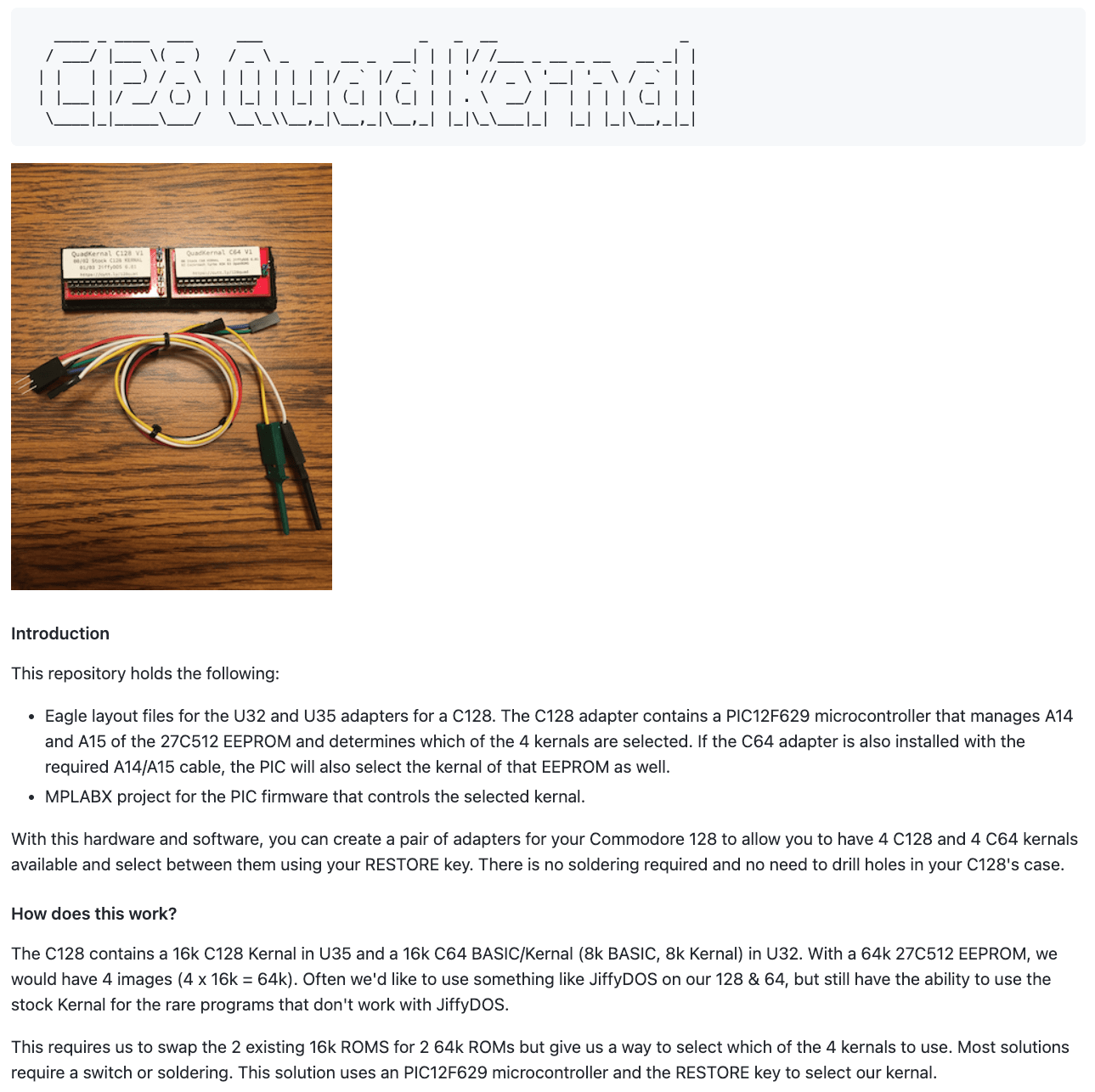 A job scheduler/runner that I built using Ruby on Rails and React (a separate repo). 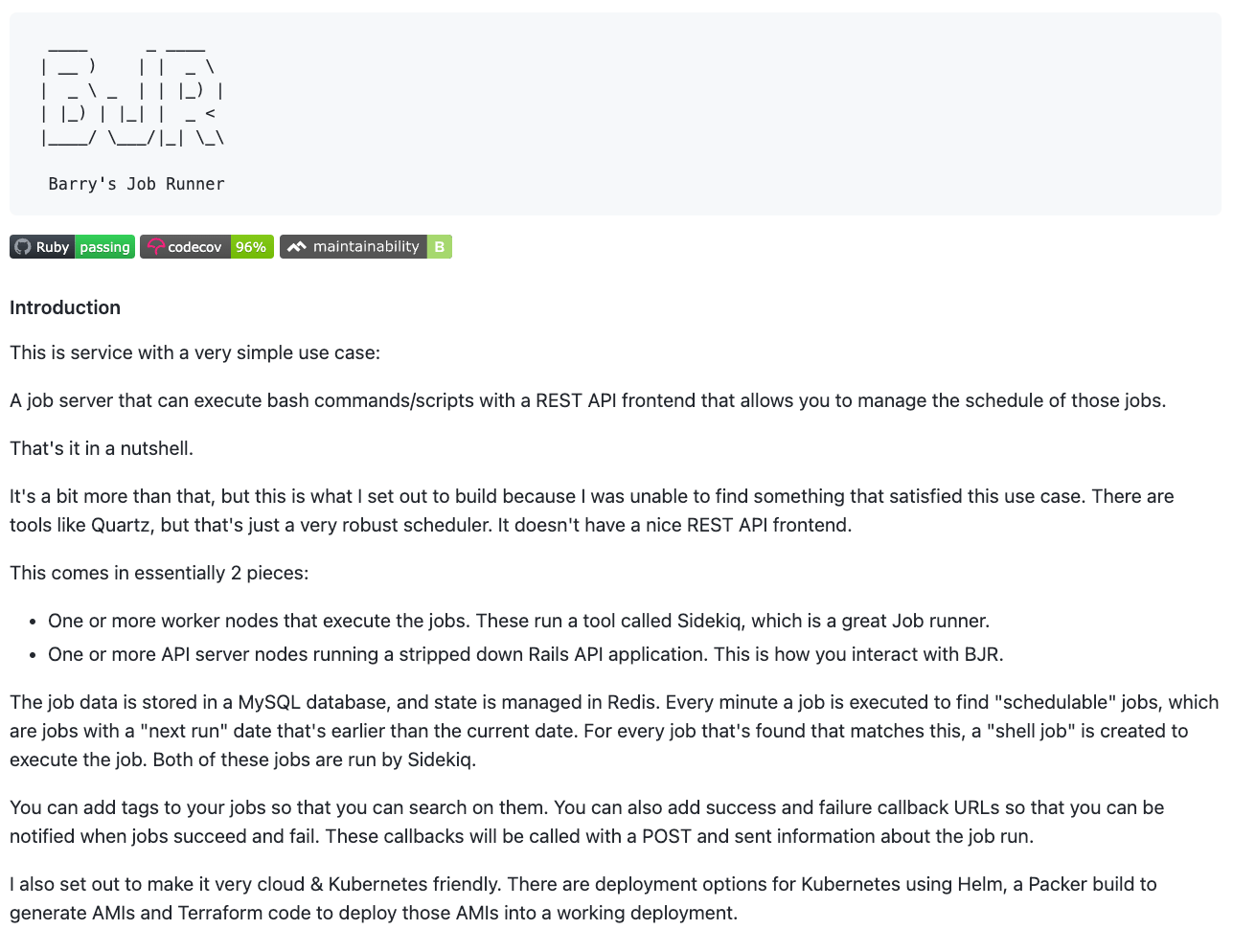 Built out AWS infrastructure for their next-gen platform using Terraform and the Serverless framework. Backend was built entirely on API Gateway and Lambdas.

Brought on as a consultant tasked with migrating their primary Java/Tomcat application from Rack Space to AWS, and also acting as interim Director of Cloud Operations until they find somebody permanent. As Director of Cloud Operations, I'm instututing best practices around AWS deployments which includes tool standardization, security, auditability/logging, and secrets management. Acquired by JLL

Brought on initially as a consultant tasked with getting their infrastructure and deployments ironed out, but wound up accepting a full-time position as Sr. Software Architect/DevOps engineer. We have a full CI/CD pipeline using Docker, Jenkins and Kubernetes. The infrastructure is managed by Terraform, and the application is packaged with Helm. Acquired by Harness

I was brought on to assist a transition of the BIM 360 Ops product from AWS Ops Works to a container based, standardized deployment model.

This isn't a comprehensive list, so if you need something not covered here, please reach out to me.

I have extensive experience with modern DevOps automation tools, including Terraform, Packer and CloudFormation.

I have production experience with Jenkins, CircleCI, GitHub Actions and AWS CodeDeploy.

I have experience building and deploying large, complex applications to Kubernetes using Helm 3.0.

I've worked in the software and infrastructure security space and understand the importance of "shifting left".